Egg Allergy In Children: Symptoms and How To Get Rid Of It

Egg allergy is one type of  the most common food allergy, especially in children. Generally, people with allergies to eggs also allergic to chicken, turkey, and other poultry. And in fact, allergic to eggs triggered the existence of three proteins in the egg, namely ovomucoid, ovalbumin, and conalbumin. In patients with mild allergies, allergic effects of these proteins can be eliminated by cooking. However, in patients with severe allergies, cooking is not able to eliminate allergy symptoms. 80-90% of egg allergy in children will disappear by itself when they are 3 years old. 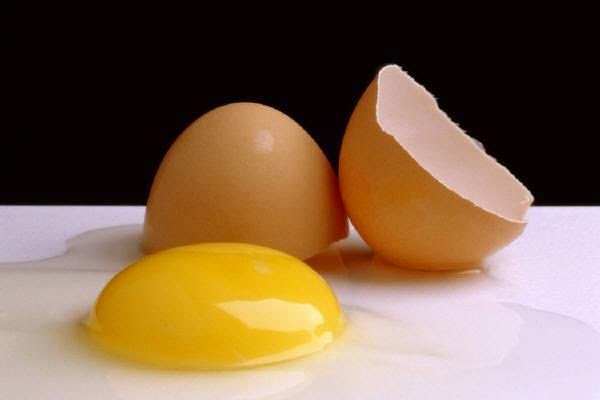 When someone has a food allergy, the body responds as if these foods are harmful substances. This can occur in young children who eat eggs because their immune systems are not fully developed and can not handle the protein in the egg. Most children who are allergic to eggs they are allergic to the proteins in egg whites, but some react to the proteins in egg yolk. The immune system, which normally protects against germs and other problems, using antibodies against the protein of eggs so assume that it is a threat to the body. A baby who is allergic to eggs may feel sick or get a rash after eating eggs or foods containing eggs. The reaction can happen quickly or after a few hours your child is eating eggs.

Signs and Symptoms of Egg Allergy in Children

Here are the symptoms your child is experiencing allergic to eggs:
Because these allergies first appear in infants. Parents can see the physical changes in the baby form of a rash or ill after eating eggs. To prevent this you can avoid eggs and foods containing eggs in children. Consult your doctor, until the doctor may decide to perform a skin test.

Get rid of egg allergy in children

Recent research from the United States, stating that the egg therapy can be used to help children who have egg allergies. What is the treatment of eggs? Eating eggs with a small serving egg white, but gradually improved portion. However, this therapy should not be done at home, preferably under the supervision of doctors.
In experiments involving children, 75% of the 40 children who received powdered egg whites gradually, after two years of no symptoms of egg allergy. While 27% of them still have no symptoms after the egg allergy without allergy therapy for a year and can eat eggs without restriction. Keep in mind that trying to do this egg therapy should be under the supervision of a trained doctor. This research was conducted under the supervision of the NIAID Division of Allergy, Immunology and Transplatation.
So on CoFAR research conducted on 55 children and adolescents 5-18 years of age with a history of egg allergy, given oral immunotherapy (OIT) in the form of powdered egg whites. In the first group of 40 children given oral immunotherapy, while 15 other children not given OIT. Then the researchers conducted observations in both groups for 24 months. Every two weeks, the dose was increased to OIT OIT dosage is equivalent to a third of an egg each day.
For 24 months, the children also had to go to the clinic to do oral food challenges. Feeding was carried out in the 10th, 22nd, and 24th. Maximum dosage of eggs is equal to one egg. The whole allergy symptoms that arise observed by doctors, such as sore throat. At baseline, the average of the study participants have allergies to eggs, but after a few months on the OIT, they have more endurance to allergies. It is seen from allergic reactions that arise when a child does not happen to consume one egg.
Share this article :
Share on FB Tweet Share on G+ Submit to Digg
Newer Post Older Post Home