Probably most people who consume coffee assume that coffee can only eliminate sleepiness. But more than that, There are so many benefits we can get from coffee. As long as the experts expect the positive benefits of coffee comes from caffeine, but now experts also found that other components of these beverages, such as magnesium, lignans, and chlorogenic acid, has benefits that are not less important. 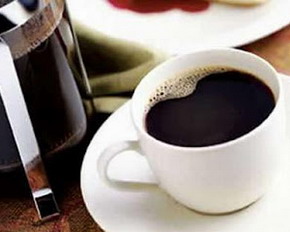 The results of the epidemiological studies showing a coffee addict low risk to colon cancer. Based on research by Rachel, the components of this positive regulation of blood sugar and insulin release so effective in preventing diabetes.
Coffee, especially the type of arabica and robusta, also contains nutritional components (protein, amino acids, carbohydrates, lipids, and minerals). Coffee also contains non-nutritional components that are bioactive compounds for flavor and preservatives, such as caffeine and chlorogenic acid.
Consumption of caffeine in normal amounts is also advantageous because the use of the stimulant effects of caffeine can give a temporary and harmless. Their effects on the nervous system is to prevent sleepiness, increase sensory perception, speed of mind, and reduce boredom.

1. Lower breast cancer risk
Approaching the menopause, women who consumed four cups of coffee a day had a reduced risk of breast cancer by 38 percent, according to a study published in The Journal of Nutrition. Coffee releasing phytoestrogens and flavonoids that can restrain tumor growth. However, consumption of less than 4 cups will not get this benefit.
2. Protecting the skin
Consumption of 2-5 cups of coffee a day may help lower the risk of nonmelanoma skin cancer by 17 percent. Caffeine can stimulate the skin to kill the precancerous cells, and also stop the growth of tumors.
3. Protecting teeth
Coffee contains caffeine which has antibacterial and nonstick capabilities, so it can keep the bacteria that cause tooth layer gnawing holes. Drinking a cup of coffee every day is proven to prevent the risk of mouth cancer by half. Compounds found in coffee may also limit the growth of cancer cells and damage DNA.
4. Assist the fat burning process
Researchers from the Australian Institute of Sport, as mentioned in Good Health, found that one cup of coffee can trigger the muscles to use fat as an energy source instead of carbohydrates. Another fact, according to Dr. Michael Colgan, author of Optimum Sports Nutrition, as released Live Strong, fat burning can be increased up to 100 percent when consuming caffeine before exercise.
5. Preventing diabetes
People who consume 3-4 cups of regular coffee or decaf coffee (with caffeine levels are reduced) will reduce the risk of developing type II diabetes by 30 percent. Chlorogenic acid may help prevent insulin resistance, which is a sign of this disease.
6. Improve brain power
Drinking coffee regularly may also help reduce the risk of dementia and Alzheimer's, as well as Parkinson's. The antioxidants contained in coffee counter brain cell damage and help the neural network to work more optimally so that the brain works better.
7. Protect the heart and prevent strokes
Coffee contains antioxidants that can help withstand the adverse effects of inflammation in the arteries. And black coffee drinkers as much as 1-2 cups per day had a lower risk of stroke than those who drank no coffee.
8. Preventing neurological disease
Caffeinated coffee drinkers are less likely to develop Alzheimer's and Parkinson's disease. The content of antioxidants in coffee will prevent cell damage associated with Parkinson's. While caffeine will inhibit inflammation in the brain, which is often associated with Alzheimer's.
9. Maintaining liver health
Based on an analysis of nine studies found that coffee may reduce the risk of liver cancer by 43%.
10. Making better endurance
The researchers also found that cyclists are allowed to take a sip of coffee while on riding a bike, being able to go further than just drinking water. Research from the UK showing that caffeine can increase endurance and leg muscle strength.
11. Prevent gallstones
Gallstones grow when the mucus in the gallbladder trapping crystals of cholesterol. Xanthine, which are found in caffeine, will reduce the risk of mucus and storage. Two cups of coffee or more each day will help this process.
12. Helps relieve headaches
Research shows, 200 milligrams of caffeine can help relieve headaches, including migraines.

Side Effects of Coffee

Caffeine as the main content of coffee is an addictive stimulant. Caffeine affects the cardiovascular system such as increased heart rate and blood pressure. The negative impact comes when you consume to excess.
Because of the caffeine content in coffee is quite a lot, is not recommended for a pregnant woman to consume coffee as it can cause miscarriage.

Caffeine is the main component of coffee. Average caffeine content in various types of coffee is as below:
Other compounds found in coffee are carbohydrates, lipid, vitamins and minerals. Besides this, there are more than thousand compounds likely to present in coffee. The qualities and quantities of these compounds may vary depending upon processing of coffee.
General nutrition facts for coffee include about 0.01g of total fat, 0mg cholesterol, about 1mg of sodium, approximately 14mg of potassium, about 0.01g of total carbohydrates and nearly 0.04g of proteins. This amount is for serving size of 1 fl oz. Coffee with sugar and milk, if served 10fl.ozs, contains about 1gm of total fat, about 5mg cholesterol, approximately 70mg sodium and nearly 16gm of total carbohydrates. It consists of 4% calcium. Coffee consists of numerous trace minerals such as Niacin, Thiamin, Magnesium, Phosphorous, folate and Manganese.

Daily suggestions to enjoy caffeine is 200 milligrams. The dose is usually equivalent to two to three cups of coffee. These suggestions come from the Food Standards Agency, which warned that caffeine can be bad for health.
Share this article :
Share on FB Tweet Share on G+ Submit to Digg
Newer Post Older Post Home