8 Drugs That Should be Avoided Given to Babies

Consult a doctor before giving medicine to infants and toddlers. The immune system that still weak, it makes the baby more vulnerable to germs that cause disease. Even so, parents should be careful in giving medicines to them, even a relatively natural medicine or herbal. 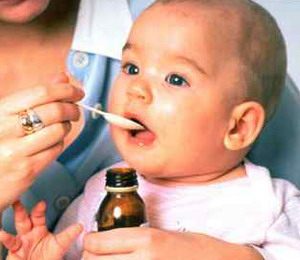 Your toddler is often susceptible to colds and coughs. But giving cough and cold medicines in children under 6 years old is very dangerous. According to the American Academy of Pediatrics, the drug administration has not been proven effective in infants and cause an overdose.

Drugs That Should be Avoided Given to Babies

Here are 8 types of drugs that should be avoided given to babies:
1. Aspirin
Avoid giving aspirin or medications containing aspirin to children, except on your doctor's instructions. Aspirin can cause Reye's syndrome that can damage the kidneys and brain.
Do not assume the-counter medicines do not have aspirin content, therefore, should carefully read the medicine label. Aspirin is sometimes written with salicylic or acetylsalicylic acid. For a fever, you should give medicines containing paracetamol or ibuprofen for children over the age of 6 months.
2. Cough and cold medicines that are sold freely
Pediatricians who are members of the American Academy of Pediatrics does not recommend giving cough and cold medicines to infants. The results showed these drugs often do not heal, often even dangerous because it was given an overdose.
Other side effects that need to watch are drowsiness, abdominal pain, rash, to increase heart rate. Each year, thousands of babies were admitted to hospital due to cough and cold medication at home.
3. Anti-nausea medications
Do not give anti-nausea medication to the baby except your doctor specifically prescribes. Symptoms of nausea experienced by infants and toddlers are usually temporary and the body they are able to cope without drugs. On the other hand, anti-nausea medications may cause complications. If the baby had vomited provide enough fluids to prevent dehydration.
4. Adult drug
It is not recommended to give infants adult medicine in small doses. Besides medication for infants are generally more dense than the drugs for children, so you need to be careful in giving to the baby.
5. Medication prescribed for another child
Drugs prescribed for other children, including his brother, not necessarily effective, even dangerous for your baby. Give baby a drug is only prescribed for him.
6. Expired drugs
Immediately Get rid of drugs from the medicine cabinet after entering the expired. Dispose of medications that have changed color. After the expired, the drug is ineffective and can be dangerous.
7. Extra acetaminophen
Several types of medications containing acetaminophen to reduce fever and pain, so be careful before giving medicine to infants separated from his fever medicine. If you are not sure, ask your doctor or pharmacist medicinal given.
8. Chewable drug
Chewable medication or tablets for kids can pose a choking risk to the baby. When your baby is getting solid foods and you want to give tablets, ask your doctor or pharmacist whether may crushed or mixed with soft food.

1. Do not use cold drugs in children under age 6
If your child is younger than 6 years, do not treat the pain by using a cough or fever.

2. Keep medicines in place of Far Reach Children
It would be easier to store medicines in a locked desk drawer so that children do not easily find it when are playing.

3. Do not Mention medicine as candy
Sometimes parents call drug or vitamin suction as the candy so that the children easy to drink. But it would be dangerous for your child when the child found drugs and are beyond your control.

4. Do not take medicine in front of your child
Curiosity in children aged under five is very high. Children tend to follow what is done by the parents.